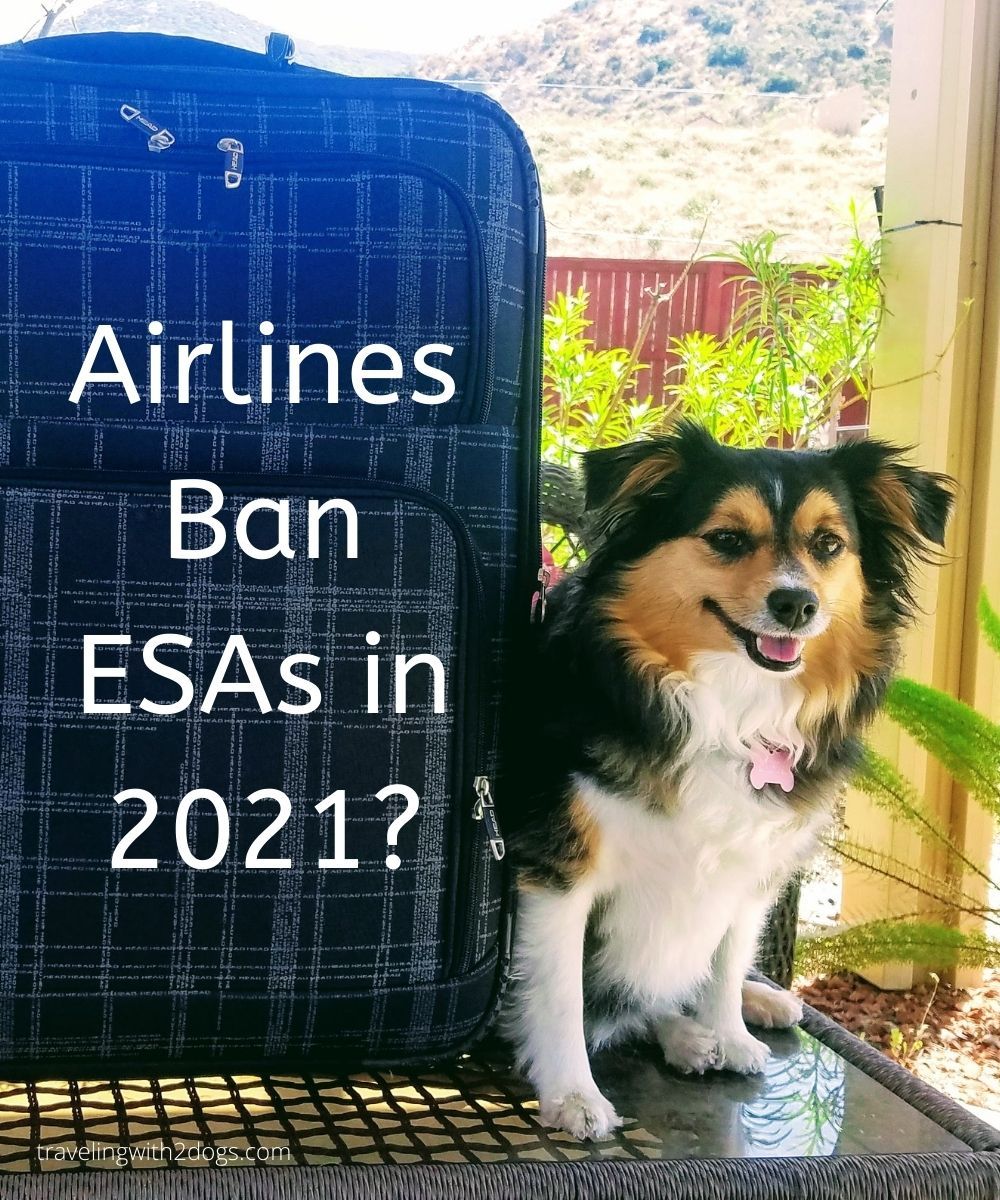 That means you will no longer be able to bring your dog in the airline cabin with you; unless it complies with the airline’s pet policy.

There are airlines outside of the U.S. that still allow ESAs in the cabin.

For example, Aeromexico will allow ESAs however, they recently updated their ESA policy and now require a medical certificate from a psychiatrist (not psychologists).

This applies when you fly directly with them, not an affiliate airline such as Delta.

Read the section below on airlines that still accept ESAs.

The U.S. Department of Transportation (DOT) announced that it is revising its Air Carrier Access Act (ACAA) regulation on the transportation of service animals by air beginning January 2021.

ESA dogs must comply with the airline’s pet policy.

This means your dogs must fit in a carrier, fit under the seat in front of you, and be under a certain weight.

For a dog to be a SA/PSA it must meet certain criteria.

The criteria DOT (Department of Transportation) requires for service animals is the dog must be trained for certain tasks.

Also, on flights eight hours or longer, you must acknowledge that the service animal

For more information on the new regulations from the Department of Transportation, view their document “Traveling by Air with Service Animals”.

Page 18 and page 20 are the service animal transportation forms.

Many Mexican airlines still allow ESAs to travel in the airline’s cabin with their owner.

VivaAerobús –  Within Mexico and from Mexico to Miami. ESA info

Volaris – ESAs can travel at no cost on flights within Mexico and from/to Central America only. ESA link

Aeroméxico – accepts emotional-support dogs onboard their flights, They have recently updated their ESA policy and now require a medical certificate from a psychiatrist (not psychologists). ESA link

Whether you are able to fly with your dog as a pet or an ESA (on a Mexican airline) learn the facts about traveling to Mexico with a dog or cat.

Analysis on just how pet friendly some Airbnbs really are! Review on 10 Pet Friendly Airbnbs in Mexico

Thinking of moving to Mexico? Check out the new 2021 Immigration Guide from  Mexperience.

Hi Deborah, I need to travel to Mexico but I need to take with me my ESA, a bunny. I get really anxious without her so I would not mind paying an extra ticket for her. However, I heard that Mexico does not allow rabbits from the US. If this is the case, I cannot travel to Mexico. Do you know what the rules are? Thanks a lot!

Hola Camelia! Hum… this is an interesting question! Mexico only recognizes dogs and cats as “pets”. However, I would not give up. I see on the USDA website (link below) that Mexico has a process for chinchillas and ferrets to enter the country. Perhaps you could use the same process for your bunny. https://www.aphis.usda.gov/aphis/pet-travel/by-country/pettravel-mexico Email the Mexican consulate in your state and ask if your bunny could use the same import process as chinchillas and ferrets. Here is a link to all the Mexican consulates in the United States. https://travel.state.gov/content/travel/en/consularnotification/ConsularNotificationandAccess/Mexico.html Please keep us posted on the success of bringing your… Read more »

thank you very much, Feborah, for the tips. I will follow them up and let you know how I solve this bump in our road to Mexico. She must come with us, so we need to find a way (or a new country :o)

I have a large dog, she is well behaved. I travelled with her to China about 3 years ago as my ESA. Do you know of any airline that would still allow me to get back from China to Canada?
I am pretty stressed about going back without her…
Any help or advices?
Thank you

Hi Chris… I just did a quick Google search and it looks like China Air still allows ESAs. Good news!
Here is the link.
https://www.china-airlines.com/us/en/fly/prepare-for-the-fly/special-assistance/
Give them a call.
I wish you the best of luck on your journey to China. =8-)

do you know any pet transportation services? I am traveling from SLC, UTAH to MX City and want to bring my poodle with me.

Hi Nicole! Great question. We have never used a pet transport company. However, I am familiar with this one by LAX airport. It is called Pacific Pet Transport. Here is their website: https://www.pacpet.com/. Maybe they can help you get your poodle from SLC to CDMX. Best of luck and safe travels!

I have always traveled with a well behaved dog. It angers me that I can’t keep doing this.

I sympathize with you. I wish that DOT would have limited ESAs to dogs and cats only. Just like Mexico only considers pets as a dog or a cat when flying in the cabin. Maybe DOT will reconsider if enough people ask them to reconsider. One can hope. =8-) 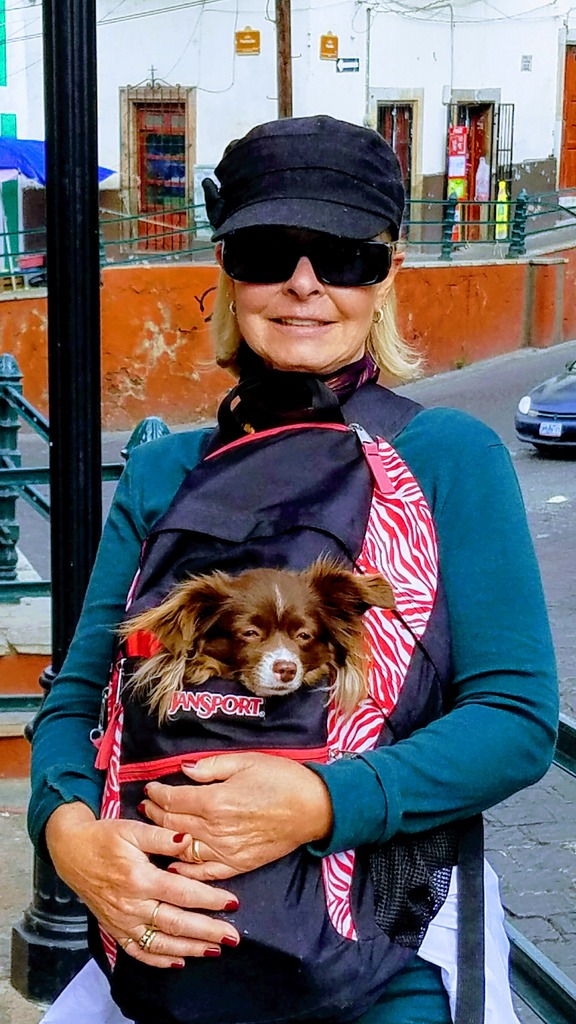